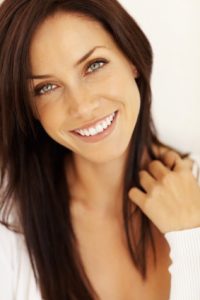 Many guys who use dating sites often open up with a line about how beautiful a girl is.

Hence, lines such as, “You’re the most beautiful girl I’ve seen on here,” or some variation of that phrase, aren’t unusual on dating sites.

Guys who send messages like this are often trying to get your attention.

They may not have paid much attention to what you had to say in your dating profile.

They may have simply glossed over it but focused most of their attention on your dating profile pictures.

This is where these guys may have spent the majority of their time at.

Opening up with a line like, “You’re the most beautiful girl I’ve seen on here,” could indicate that their primary emphasis in terms of what they are looking for may be in what a girl looks like.

Hence, they may have been going through several dating profiles until they found yours.

Once they discovered how beautiful of a girl you were, they may not have paid much attention to what you had to say in your dating profile.

They were simply happy that you were beautiful and they felt compelled to send you a message.

Many guys who use dating sites often open up with a line that references a girl’s physical beauty.

These guys may not care about what the girl is like as a person.

They may simply be focused on how aesthetically appealing she is.

These are guys who may simply want to hook up or who may want a beautiful girlfriend that they can show off.

Hence, you should always be cautious whenever a guy opens up with the line, “You’re the most beautiful girl I’ve seen on here.”

If his first message to you is this superficial in nature, he may have no intentions of truly getting to know you as a person.

On the flip side, some guys who use dating sites and open with this kind of line may feel as though they are genuinely giving you a compliment.

Hence, they aren’t necessarily the kind of guys who only care about looks and are looking for a hookup.

One of the best ways to tell if this is a guy who was sincerely giving you a compliment in the hopes that you will respond and begin a substantive conversation with him is by looking at his dating profile.

If you notice that his dating profile essay is well-written and descriptive, there is a good chance that he may have been genuinely giving you a compliment.

If you notice that he has completely filled out his dating profile, that would indicate that he wasn’t in a hurry to get that process over with.

Hence, he actually put some real thought and time into completing his dating profile.

Guys who are typically looking just to hook up on dating sites will not spend this much time on their dating profiles.

Hence, when you notice that a guy has taken the time to write a descriptive and substantive dating profile essay and has completed his dating profile in its entirety, this may be a guy who is more intent on finding a serious relationship on dating sites.

So, you can look at messages like this on a case by case basis.

However, always make sure that you spend a good amount of time getting to know a guy before meeting him in real life.

No matter how appealing a guy’s dating profile may be, always take some quality time getting to know him first.

Some people may not be always as they seem on their dating profiles and taking the time to get to know a guy will give you the best chance at finding out if he is being honest.