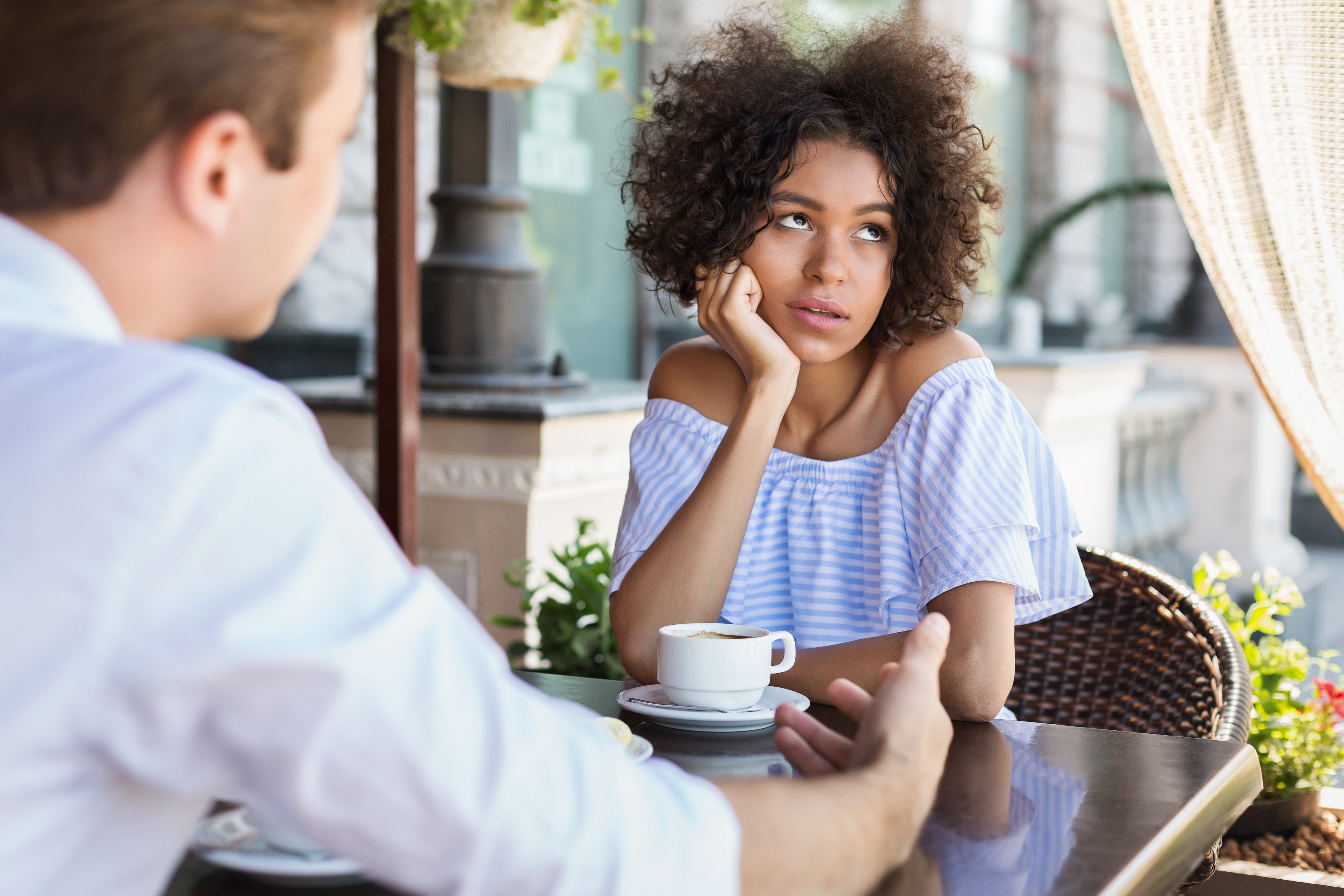 You should see him again if you enjoyed his company.

You may still have some questions about chemistry.

Perhaps the first meeting with him wasn’t as electric as you expected it to be.

Do understand that he may have been quite nervous on this first meeting.

Being that he met you on an online dating site, he may have gotten used to interacting with you through that medium.

Hence, you may have had really enjoyable conversations with him online and he may have seemed very gregarious and fun.

However, upon meeting him in real life on this date, you may have been slightly disappointed.

Perhaps you didn’t experience the gregarious personality and fun-loving charm that you did from him when you were talking to him on the online dating site.

This may have turned you off to an extent and made you doubt whether there was a true romantic connection between the both of you.

Again, do understand that people are often nervous when they get to meet someone in real life that they have only gotten to know through an online dating site.

If there were still elements of this first meeting that you enjoyed, it would be worth it to see him again.

You shouldn’t allow yourself to regret a hasty decision not to see him again based on how your expectations weren’t met on that first meeting.

Do understand that you may also have had too heavy of an expectation of him.

This often happens when a person gets really excited over someone else that they have been chatting with on an online dating site.

They start thinking about what a real life meeting would be like.

They start creating fantastical scenarios in their mind about how amazing and electric that first meeting will be.

It puts way too much on the person that they are excited about.

It often ends in disappointment.

Meeting incredibly lofty expectations for that first meeting is a very tall order.

You wouldn’t want someone to place that kind of expectation on you.

Hence, you shouldn’t have the same expectation of someone else.

The first meeting is an opportunity to get to talk in real life so as to determine how comfortable the both of you are with each other.

It shouldn’t be the barometer for whether a relationship is imminent.

Remember that even if this guy had been everything that you had expected him to be on this first meeting, that may have been all an act.

Unless you were to give yourself the opportunity to get to know this guy better with subsequent dates and continuous interaction, you wouldn’t really know whether he was being himself on that first meeting or simply playing a character that he knew you would be attracted to.

This is why it is best not to draw any solid conclusions after a first meeting.

As long as the both of you got along well enough on the first meeting, it would be to your advantage to see him again in order to determine whether the both of you truly have chemistry.

Sometimes, it takes a few dates with a guy to determine this.