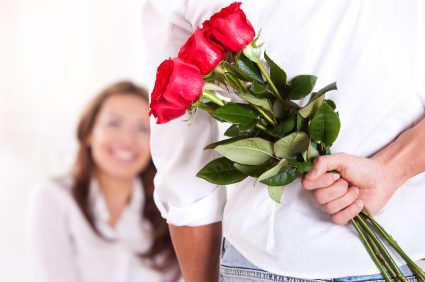 This guy that you are dating from a dating site may be moving so fast because he really wants to get into a relationship.

He may have been really hungry to get into a relationship in the first place.

He may have joined the dating site totally prepared to get into a relationship relatively quickly if he were to meet the right person.

He may believe that the right person is you.

Even though you have told him that you want to take things slow, this doesn’t change the fact that he is really ready to get into a relationship.

Again, he most likely felt this way before he joined the dating site.

Perhaps, it has been a while since he has been in a relationship and he just wants to dive head first into one.

After you told him that you wanted to take things slow, he may have respected that.

He may have truly felt that he could handle that.

Perhaps for a while, he tried to take a step back and keep his emotions under control.

He may have tried to stop moving so fast and may have succeeded for a little while.

However, it probably didn’t take long before he started moving the relationship fast again.

He may have just not been able to help himself.

Every time that he talks to you or goes out on a date with you, he feels that much more closer to you.

As a result, he may find it really difficult to keep up with trying to take things slow and honor your wishes.

When the both of you are away from each other, he may spend a lot of time thinking about how much he enjoys dating you and how close he feels with you.

He may replay how good the date was or how wonderful the last conversation that he had with you was.

The more he does this, the more emotionally attached he becomes.

As this happens, it becomes that much harder for him to respect your wishes and take things slow.

He just can’t help himself.

He feels as though if he weren’t around you, he would be missing out.

Hence, he is that much more hungry to be with you.

When he is able to talk to you again or go out on a date with you, he becomes that much more aggressive because of that increased hunger.

This guy that you are dating from a dating site may be moving so fast because he doesn’t want to risk the possibility that you could become distracted by other guys on the dating site.

He knows that there are other guys on the dating site that will try to talk to you and get your attention.

He knows that some of these guys will be better looking than him.

He knows that some of them will be able to hold a better conversation.

He knows that he will not match up to some of these guys in a number of ways.

He may be moving so fast with you because he wants you to become completely emotionally attached to him.

He wants to win you over completely.

This way, he knows that you would not have any room in your heart to entertain talking to other guys that may message you on the dating site.

The longer he knows that you are on the dating site, the more worried he is that some other guy could take your attention away from him.

This is why, even after you have told him that you want to take things slow, he continues moving fast.

He knows that it is a risk for him to do this.

After all, there is a chance that he could upset you and lose you as a result.

However, he believes that the greater risk would be in letting some of these guys on the dating site get closer to you.

By moving so fast, he is hoping that he gets you to the point where you completely delete your online dating account and solely focus on dating him.