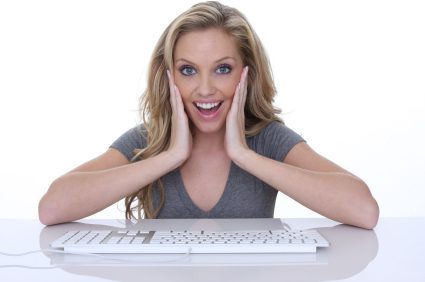 The odds are much more in a girl’s favor when it comes to online dating in terms of attention.

A girl will get a lot more messages on an online dating site than a guy would.

A girl will get a lot more likes on her online dating profile photos than a guy would.

A girl will get more repeated attempts from guys hoping to get a response out of her by sending her yet another message.

With all this in mind, the odds are much more in a girl’s favor as far as the sheer volume of attention she will get from guys when it comes to online dating.

However, all this attention does come with a lot of issues.

Though a girl will typically get more messages from guys on an online dating site, the majority of those messages will be nonsensical and frivolous.

Most of the guys who send her these messages would only reference her looks or tell her about how much they would love for her to be their girlfriend.

Some will even be crude and may make inappropriate jokes thinking that they are funny and such a catch.

She would read through an online dating profile essay that clearly shows that this guy spent next to no time in writing something that would pique the interest of any woman.

In other words, the experience that this girl has with all this kind of attention can be heartbreaking as she knows full well that she didn’t sign up to an online dating site to be the target of this kind of negative and unfulfilling attention.

If you were to give a lot of these girls who get so many messages on online dating sites the choice of receiving way less messages but have those messages be more meaningful and have them come from substantive guys who have well-thought-out online dating profiles, they would choose that.

In other words, most girls would want a lot less messages if that meant that they wouldn’t end up wasting their time being at the receiving end of messages from guys that only like them for their looks.

The same guys who haven’t taken the time to truly find out what she is about through carefully reading her online dating profile.

A guy has just as good a chance of finding love on an online dating site as a girl has.

He may not have as good a chance of just hooking up with a girl as a girl would have with hooking with a guy.

However, isn’t that how the real world is?

Hence, if your entire purpose for online dating is simply to hook up, well, the odds are definitely in the favor of the girl then.

But again, this is how real life is as well and online dating isn’t any different.

That being said, if it is hook ups you want online, you can still get those as long as you work on your online dating profile, make it eye-catching and send the right kind of messages.