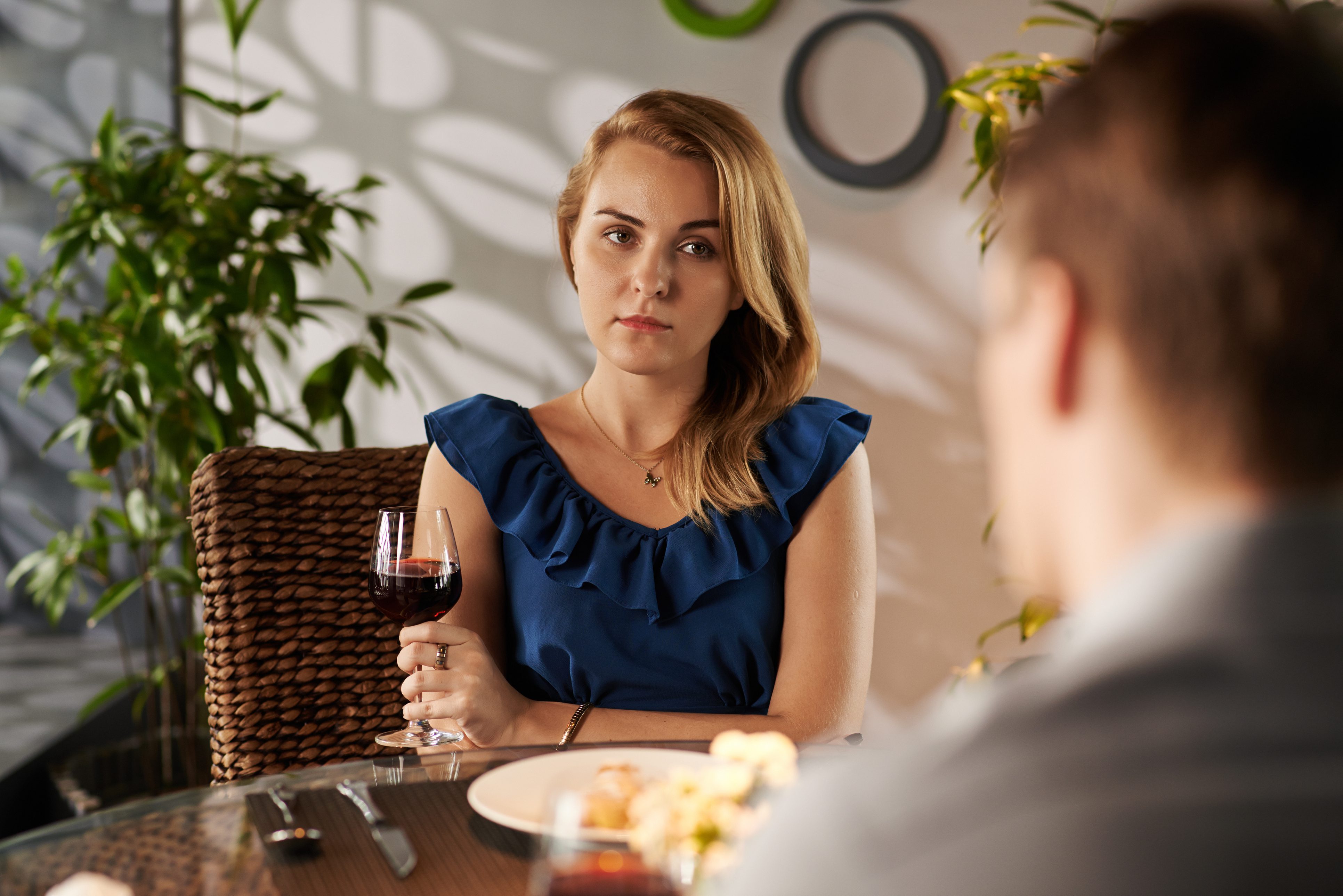 If this guy brought up his ex girlfriend very briefly in your first meeting with him, he may not have thought much of it.

Perhaps there was something that he observed that naturally led him to make a reference to his ex girlfriend.

It just flowed into his conversation without much thought.

As long as the reference that he made was very brief in nature and he never brought her up again, there isn’t much to worry about.

You may have placed an order for a vanilla latte that caused him to instinctively make a quick statement like, “That’s funny. My ex girlfriend would always order a vanilla latte.”

In a scenario like this, what you ordered sparked a memory in him. A memory that was not at the forefront of his thoughts at the time.

Hence, he was not thinking about his ex girlfriend at all.

You just happened to order something that reminded him of her.

This doesn’t mean that he is still hung up on her.

Again, as long as this guy only brought her up in a casual manner in your first meeting and didn’t bring her up again, there isn’t anything to worry about.

He may have just let out that comment inadvertently without much thought to it.

He may have forgotten that he made the comment as quickly as he said it.

When there is cause for worry if a guy were to bring up his ex girlfriend in your first meeting is when he keeps doing it multiple times throughout the date.

He may even blatantly compare you to her in some way a few times.

If he is doing all of this, there is a good chance that this guy is still hung up on his ex girlfriend.

If a guy that you met on a dating website keeps bringing up his ex girlfriend in this way in your first meeting, he may not be over the breakup.

It is quite common for people to join a dating website soon after a breakup.

People who do this are often not wanting to deal with the emotional repercussions of the breakup.

They are still in emotional turmoil and want some kind of escape.

In joining a dating website, they are hoping to take their minds away from the hurt that they have been experiencing.

Oftentimes, they hope that they can find a quick replacement to their ex.

This is often why so many rebound relationships happen on dating websites.

Exes get on a dating website in order to get over their painful breakup and end up getting into rebound relationships that they never should have gotten into.

These exes are not emotionally ready to get into a serious relationship with anyone.

Hence, the person who typically ends up getting really hurt by all this is the one who innocently got into a relationship and became a rebound.

This is why you should always be vigilant when you start dating someone that you met on a dating website.

Again, if a guy that you met on a dating website was to repeatedly bring up his ex girlfriend in the first meeting, he is not over her and it would be best that you don’t invest any more time or energy in him.

Also, if a guy brought up his ex girlfriend in your first meeting in a way that seemed really negative, you have to be careful.

He may not care for her any longer but he may still be retaining a significant amount of anger towards her.

This means that if you were to get into a relationship with this guy at some point, he will take out that anger on you.

Being a girl, he would put you in the same box as his ex girlfriend and verbally abuse you as a result.

This is often what leads to toxic relationships.

You should not go out on any more dates with this guy if this is the manner in which he brought up his ex girlfriend.