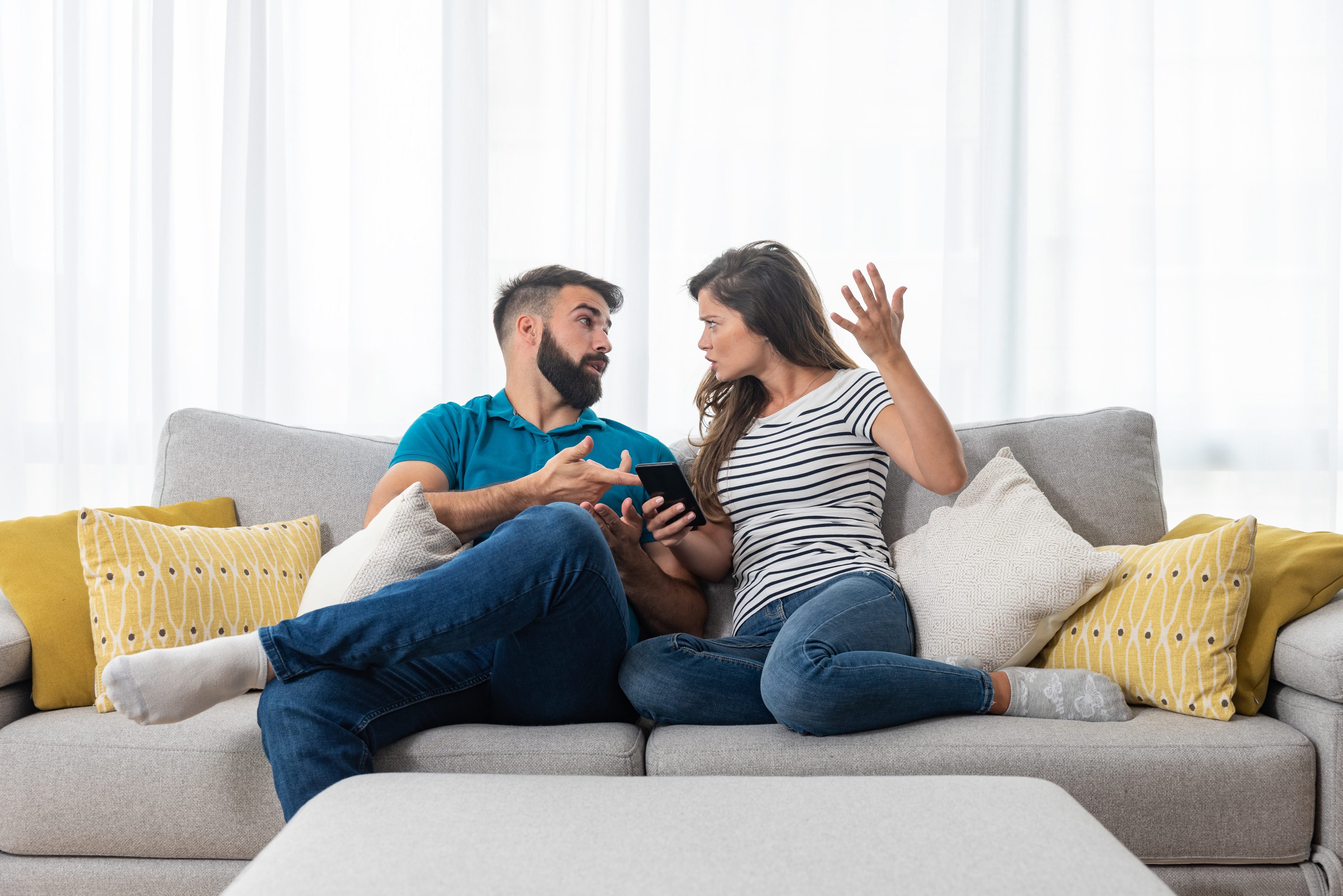 Keep yourself from confronting your boyfriend argumentatively due to this discovery.

There are a few things that you should consider.

This may be an old online dating site that he was on before he met you and he never got around to deleting it.

This may also be an online dating site that he may have initially thought about joining in the past before he ever met you but ended up never completing his online dating profile.

This may be an online dating site that a friend or family member put him on in the past in the hopes of trying to get him a date.

This may also be a situation where he may have broken up with you in the past and got on an online dating site due to his unhappiness.

In essence, he reacted emotionally as he believed that the relationship was over and he didn’t want to have to deal with this period of loss alone.

Hence, he joined the online dating site in the hopes that he could deal with his pain in that way and perhaps boost his self-esteem.

The both of you may have gotten back together soon after and he may have abandoned the online dating site as a result.

However, he may have forgotten to delete his online dating profile or he may have left it there just in case things didn’t work out with the both of you.

You may have also found your boyfriend on an online dating site because he may have been curious about whether he can attract other girls.

In essence, he may have done it more so as an ego boost without really intending to be invested in it in any way.

There are people who join online dating sites for this sole reason.

They may not be getting as much compliments from a significant other as they would want or they may be feeling like they are being taken for granted.

As a result, they join an online dating site for the attention and nothing more.

It doesn’t mean that it is the right way to go about things, but to them, it is harmless.

They don’t believe that they are cheating in any way, even if they may already be in a relationship.

Hence, it is important that you consider all of these possibilities before confronting him. However, talking to him about this is absolutely essential.

The idea is to ensure that he is emotionally at ease so that you have the highest likelihood of getting him to tell you the truth.

If you were to be confrontational and argumentative with him, he may lie to you or try to avoid the topic altogether.

This wouldn’t be good.

Have a conversation with him and find out why he so happens to be on the online dating site.

When you have discovered why, you can make an assessment as to whether you should keep him as your boyfriend or not.