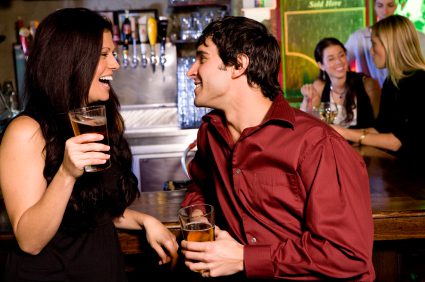 He may be the kind of guy who does best with face to face interactions.

Perhaps you are surprised that he is distant over texting.

He may not have come off in this way when you were initially chatting with him over text on an online dating site.

At that stage, he may have seemed quite outgoing.

That may have been what led to you meeting him in person.

You enjoyed the conversations that you had already experienced with him on the online dating site.

However, now that you are texting each other over the phone, you have noticed that he is distant.

His energy is just not the same.

Perhaps he doesn’t respond to your texts with as much substance as what you were used to experiencing on the online dating site and what you have experienced in person with him.

He just seems so withdrawn over text.

Again, you may be dealing with a guy who really prefers face to face interaction.

Even if he was much more talkative and energetic when you were chatting with him on the online dating site, that may have merely been because he knew that he had to be this way in order to get your attention.

In joining an online dating site, he knows that the only way to really get a girl to pay attention to him is to text her.

Hence, he may have just forced himself to do what he had to in order to get you to give him some attention and hopefully meet up with him at some point.

However, once you met with him, he now doesn’t feel the need to keep pretending.

He may feel that now that he has met you in person, he is in a better position to be himself.

This may be a guy who is just not very good with texting in general.

He may be this way with his friends and family.

Hence, it may not be personal at all.

However, if this is something that bothers you, it would be a good idea to talk to him about it.

Try not to do so in a rude, judgmental or argumentative way.

This would only put him on the defensive.

Instead, just ask him about it.

Be open-minded to what he has to say.

It may be a situation where he prefers other modes of communication.

He may let you know what those are.

If he doesn’t, you could even make a suggestion.

Being that he tends to act so interested when he is in person with you, he may require more face to face interaction in order for him to be more talkative and involved in a conversation.

Hence, you could suggest doing video chats with him.

This may actually be a compromise that may work for him.

That being said, if he doesn’t have other modes of communicating that he suggests and is unwilling to try a suggestion that you make, this may not be a guy that you should continue dating.

Your feelings for him would only deepen the more you see him and if he is not satisfying your need to have more meaningful conversations when the both of you aren’t face to face, you would only become more and more unhappy.