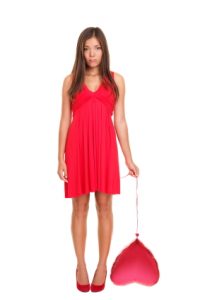 A guy who isn’t into you will typically not make that much of an effort to go out on dates with you.

If this guy that you met on a dating website has not been asking you out on dates, he is just not into you.

Perhaps he has had moments where he has hinted on wanting to go out on a date.

He may even make flimsy suggestions about meeting up on a date from time to time but he never makes actual solid plans.

These are all signs that this guy that you met on a dating website is just not into you.

A guy who is truly into you would want to see you.

He would want to be in your physical presence.

He would want to have the experience of talking to you face to face.

He would want to experience your energy and personality in this environment.

If you have noticed that you have now been talking to this guy that you met on a dating website for a good amount of time and he is yet to ask you out on a date, there is a good chance that he is just not into you.

Perhaps you have already been out on a date or two with him.

However, these dates may be very spread out in nature and sporadic.

You may even be the one who tends to hint to him that it would be nice to get together.

This is often a sign that he is just not into you.

If he has already been out with you before, he would know what that experience felt like.

If he truly had a great time and was intrigued by you, he would want to see you again in a short period of time.

However, if the dates with him tend to be very sporadic and spread out, he is indicating that he may not have all that great of a time when he has been out on dates with you.

However, he would not mind going out on these dates with you from time to time so as to kill boredom.

He likes your company enough to be fine with hanging out with you from time to time.

This is in line with how one would treat an acquaintance that they have.

This would be a person that they don’t get to see or talk to that often, but they get to hang out with them every so many weeks.

This may be how he looks at you.

This guy that you met on a dating website is just not into you when you notice that he never plans out any dates that you may go on with him.

In other words, every date just seems like it was on the spur of the moment.

He may just suddenly text you out of nowhere and ask if you want to see a movie.

He may even suddenly text you and ask you if you want to catch a local baseball game because he so happened to have been given a few free tickets at work.

These are all very unplanned dates.

They are spur of the moment or spontaneous.

This means that he didn’t put any thought into them.

He so happened to want to see a movie that evening and texted you to find out if you wanted to go.

You may not have even been his first choice in terms of who he wanted to go to the movies with.

He may have texted a few other friends who couldn’t make it before settling on texting you.

If this guy that you met on a dating website isn’t planning out dates, he is just not into you.