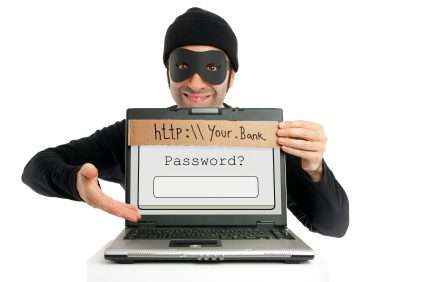 Fake and real profiles on a dating site tend to have distinct characteristics.

A fake profile may have a lot of bad grammar and spelling errors in it.

This is a characteristic that is very prevalent in fake profiles.

You will notice that the flow of what is written is just off.

Again, there will be grammatical and spelling errors.

You will notice punctuation errors.

There is an omission of a comma or apostrophe in the sentence when it is necessary.

When you read it, it will feel as though you are reading a profile written by someone who doesn’t speak the language as a first language.

This is often a strong sign of a fake profile.

These grammatical errors exist because the person who created the fake profile isn’t a native speaker.

They have most likely used an online language translator to write their fake profile.

Online language translators tend to miss a lot in translation.

These are fake profiles that should be avoided.

The person behind the fake profile is merely on the dating site to take advantage of other legitimate members.

Another way to know if it is a fake profile on a dating site is when the person may have their contact information inside their bio.

You may notice a website address, email address or even phone number.

This is often a very surefire sign that you have come across a fake profile.

They may try to get the legitimate member of the dating site to send them money, divulge personal financial information or some other form of sensitive personal information.

Another way to know if it is a fake profile is when you notice that the bio has next to no restrictions in the preferences section.

In other words, this fake profile wants just about any kind of person to send them a message.

There is never a preference on age, religion, ethnicity, height, education, build, etc.

Literally, this fake profile has no preferences whatsoever.

This is typically a very strong sign that this is a fake profile.

It is typically a bot that fills out preferences in a bio.

It is not going to discriminate on preferences because it doesn’t have the technological capability to do so.

Hence, there will be no preferences.

To know if it is a real profile, for one, there will be preferences on the bio.

Just about everyone has some kind of preference when they join a dating site.

Whether it be a preference in age, religion, ethnicity, height, education, build, etc.

When you observe that a profile has distinct preferences for the kind of romantic interest that is being sought after, it is most likely a real profile.

This is a human being that has actually added their preferences.

This is something that a bot from a fake profile simply can’t do technologically.

Another way to know if it is a real profile on a dating site is when quizzes, questionnaires and personality tests have been answered.

Some dating sites have extra questions that they ask members in order to better match them with a romantic prospect.

These extra questions are often in the form of quizzes, questionnaires and personality tests.

If you notice that the person behind the profile has answered these quizzes, questionnaires and personality tests, you are dealing with a real profile.

The bots that come with fake profiles aren’t capable of answering quizzes, questionnaires and personality tests.

The people behind fake profiles also have nowhere near the patience to sit back and answer all these questions.

Another way to know if it is a real profile is if the person in the pictures shown remains constant.

In other words, if you were to come back to that profile in a week’s time, it will still be the same person in the pictures.

A fake profile will typically have a brand new picture on it of someone who looks totally different within a few hours to a few days.

Pictures will rarely remain constant on a fake profile because the person behind it will often want to refresh the profile with even more attractive people.

These attractive people that are shown in these fake profiles are typically people whose pictures have been stolen from all over the internet.