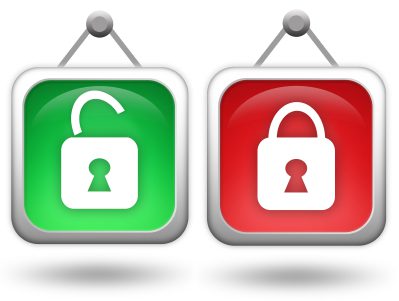 You may have gotten blocked on a dating site because the person has noticed that you keep visiting their dating profile without sending a message.

You may have been doing this for a while without even realizing it.

You may have visited this person’s dating profile quite a few times.

You may really like what the person had to say in their bio.

However, you may not have sent that person a message.

Perhaps you were simply worried that this person was out of your league in terms of looks and lifestyle.

Perhaps you were worried that you just didn’t know how to go about sending the right kind of first message.

Perhaps you were worried about how unhappy you would feel if you were to send the person a message and they were to ignore it.

Whatever the reason may have been, you chose not to send this person a message.

The person may have blocked you because they may have reached the point where they just got irritated.

They may have felt uneasy about the fact that you keep coming back.

It may have felt as though you were stalking them on the dating site.

In order to prevent you from continuously making them feel uneasy, they blocked you.

You may have gotten blocked on a dating site because the person may have severely disliked the message that you sent them.

If this is a person that you sent a message to and they ended up blocking you, there may have been something about your message that they seriously didn’t like.

Perhaps you tried to flirt with them and it just rubbed them the wrong way.

They may have felt that it was too soon for you to try flirting with them.

Perhaps you sent them a really profound compliment that also made them feel uneasy.

They may have felt that you simply don’t know them well enough to have given them such a profound compliment.

As a result, they blocked you.

They don’t want to have to deal with someone who they believe is just trying too hard.

In flirting with them too soon, they may have worried that you were trying too hard.

In sending them a message with a profound compliment, they may have worried that you were trying too hard.

In blocking you, they are able to avoid dealing with people that they believe are too desperate to please.

This person may want to find a romantic partner that is very comfortable in who they are and doesn’t feel the need to try to desperately impress someone so soon into their introduction to the person on a dating site.

You may have gotten blocked on a dating site because your message to the person may have been so generic in nature that you gave the person the impression that you copy and pasted the message.

This lets them know that you didn’t bother to read their dating profile and you are most likely sending the exact same message to multiple people on the dating site.

This is never a turn on for people. Hence, you were blocked on a dating site because this person typically doesn’t like receiving copy and pasted messages and doesn’t want to encourage this kind of behavior.