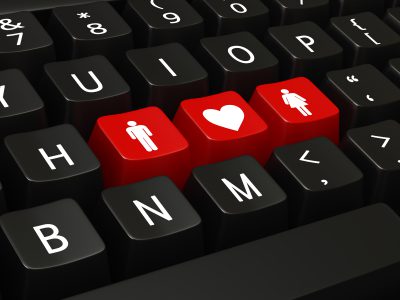 Some guys have a lot of success in online dating.

Their thoughts on online dating are that it has provided a seemingly endless pool of potential dates and has thereby improved their social life tremendously.

Their thoughts on online dating would also be centered around the fact that they don’t have to settle now.

Perhaps they were having that issue when dating in the real world.

They may have been part of a social circle that only had a limited number of dating prospects.

Hence, they had to take whatever they got because there simply weren’t enough numbers to go around.

However, online dating has changed all that for them.

They no longer have to solely rely on their social circle of friends and acquaintances to find dates.

They can turn to the internet.

Here, they have been successful in finding more dates than they could have ever had a chance to meet in their daily lives.

It wasn’t easy for all of them at the start.

They ran into the same problems that a lot of the guys whose thoughts on online dating are a lot more negative.

They sent messages to girls on the online dating site and those girls didn’t respond.

They liked a girl’s photo on the online dating site and she didn’t return the favor by liking one of their photos.

They started conversation with a girl that they were interested in, only to have the conversation fizzle out after a few exchanges.

They put up some photos on their online dating profile that they thought would get attention and no one seemed to have noticed them.

They tried to live chat with a girl that they were interested in and she chose to ignore the live chat request.

They got a girl to agree to meet up in person with them on a date, only to have her either cancel the date or just completely ignore their existence on the online dating site.

They started talking to a girl on the online dating site who seemed absolutely perfect.

They may have even gone on a date with this girl.

This girl may have told him that he is the only one that she is seeing because she likes him so much and she tends to only focus on dating one guy at a time.

In another situation, they read a girl’s online dating profile, interact with her for a while and then meet her in life, only to discover that she is the complete opposite of the person she made herself out to be on the online dating site.

They may even discover that she is a lot heavier in person than the photos that she has on her online dating profile.

She may even look older as well because unbeknownst to him, she has photos on her online dating profile that represent how she looked ten years ago or more.

These are the thoughts on online dating of a number of guys who have had negative experiences.

However, these guys are no different from the guys who have had positive experiences in online dating. They knew that with a cyberspace world as pervasive as online dating, there were bound to be some bad apples.

However, there are also always going to be good ones among the bunch.

They knew that the longer they hung around and improved their online dating strategies, the higher the likelihood they would meet those good apples.