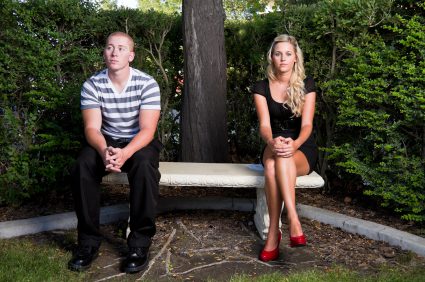 When it comes to online dating, there are some girls who are really that picky.

Online dating has provided an avenue by which a girl can literally have endless dates if she so chooses.

Girls, for the most part, receive a lot more messages on an online dating site than guys do.

Hence, some of them can choose to be really picky.

However, this is no different from real life.

How many girls have you met in real life who simply went out with any guy who asked her?

So relieved to be asked out, she says yes to just about anyone just so that she wouldn’t be alone.

How many girls have you actually met in real life who do this?

It is highly unlikely that you have met a whole lot of girls like this in life.

They are picky in life as well because they are typically the ones who get approached. That is how it has always been.

All online dating has done is magnify it.

They now have more guys who are approaching them because it is a virtual medium and there are a lot more people there than she would come across in her daily life.

If she was a picky girl when it came to dating in the real world, she is also going to be picky if she decides to do online dating.

You also should understand that girls who are online dating often have no choice but to really be that picky.

As I mentioned earlier, girls are messaged a lot more than guys on online dating sites.

Unfortunately, a lot of these guys just saw an attractive girl’s online dating profile and decided to send her a message without taking the time to make the message meaningful.

Girls are on the receiving end of endless messages from guys who just tell them how beautiful they are or how much they would love it if she was their girlfriend.

When a person is constantly at the receiving end of frivolous messages, it gets to the point where they literally have no choice but to become really picky.

She may have actually initially started online dating in the hopes that she could find someone special relatively soon, but the barrage of messages from guys who care nothing for her online dating profile but would rather comment about her looks has forced her to be less open to these messages.

Hence, a lot of girls get to the point where they won’t even open a message from a guy unless the title of that message is something that grabs her attention and is therefore different from the rest.

If you have had issues with girls that you have met online not responding to you or your messages, you would do yourself a service by taking a look at what you have been doing.

If you have a lazy online dating profile that says very little about you or looks like you put it together in two minutes while chomping on a piece of pizza, it is highly unlikely that you are going to get any of these girls that you are interested in respond to you.

If the messages that you send are generic and clearly indicate that you haven’t bothered to read her online dating profile, again, it is highly unlikely that you will get a response.

For girls, being picky online is a necessity, given the volume of the kind of messages that they get from guys.

In order to get her to choose you, you need to be different.