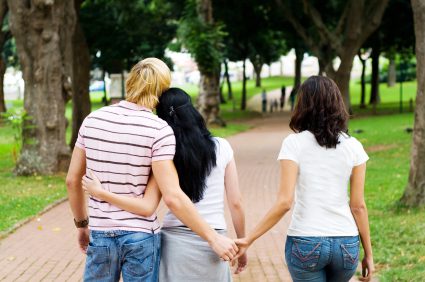 The man that you’ve met on the dating site typically shows that he is more interested in you when he decides that he will focus on talking to you only.

In essence, when he is able to hide or even deactivate his dating profile so that he can focus all of his attention on you, he is showing that he is more interested in you than other girls.

If he is still talking to other girls on the dating site and meeting them, there is a good chance that he is just as interested in you as he is in them.

It may seem as though whenever you interact with him, everything goes really well.

The communication between the both of you may be really amazing.

However, you shouldn’t allow yourself to get carried away with that.

If the communication was really that good between the both of you, there would be no need for him to continue talking to other girls on the dating site.

Hence, there is a good chance that though his conversations with you on the dating site tend to be good, there is still something missing.

This is why he continues to chat with other girls on the dating site.

In order to get this guy that you’ve met on the dating site more interested in you than the other girls, you have to give him something that the other girls are not giving him.

In other words, you have to separate yourself from the other girls.

To do this, you should start trying to find out more about him.

Try to understand what really makes him who he is.

Try to put yourself in his position and ask yourself about what it would take to want to settle down with a girl like you.

Oftentimes, a guy tends to get really interested in a girl and focus on her only when he feels that he can really let his guard down with her and be comfortable.

You would have to get him to this position in order to make him consider focusing on you and abandoning the other girls on the dating site.

Hence, you should start asking him deeper questions about himself so that you can get to the core of who he is.

Do this without any judgment.

Find ways to relate to what he tells you so that he doesn’t feel as though he is unusual for having some of these experiences or idiosyncrasies.

The more you talk to him on a deeper level, the more you really get to know the man and get him to open up.

By opening up to you, he is making himself more emotionally vulnerable and is trusting you with his emotions.

Getting a guy to this point in his mind is often what will start separating you from the other girls that he talks to on the dating site.

More than likely, these other girls aren’t trying to get to know him to this level.

Most of their conversations with him on the dating site would typically be about facetious topics that really don’t have much substance.

However, when you focus on truly getting to know the man and allowing him to open up to you about his vulnerabilities, you really put yourself in a position where he begins to get more interested in you than he is in the other girls.

He begins to trust you and thereby he feels the need to open up to you even more.

He has most likely not had any other girl in his life show this kind of non-judgmental interest in who he is as a person.

Most likely, all the girls that he has gotten romantic with in the past have played it safe and only wanted to know what he is like on the surface.

By delving deeper into his psyche and persona in asking him deeper questions about himself and being non-judgmental, you are giving him something that he has most likely not experienced from any other girl in his life, whether it be on a dating site or in the real world.

If you are able to start doing this and be consistent with it, there is a good chance that you will get this guy that you’ve met on the dating site more interested in you than other girls.