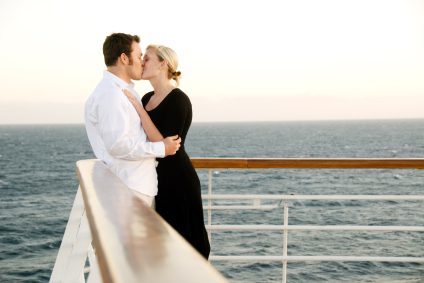 You may have put a lot of your romantic hopes and dreams on this guy that you met on a dating website.

You can’t move on from him because you may still be holding on to all the dreams that you had about what a life with him would be like.

This is often what keeps people from moving on.

They are unable to detach themselves from those dreams.

You created a bunch of imaginary stories in your mind about how things would go with this guy.

You had these made-up dreams on a regular basis.

Every time that you talked to the guy, these dreams would become even stronger.

You may not have realized what was happening at the time because you were so caught up in how good this guy that you met on a dating website was making you feel.

You kept having this visualizations on what a life with him would be like.

You saw yourself going on vacations with him.

You saw yourself living in a home with him.

You saw yourself getting married to him.

You saw yourself having children with him.

You saw yourself growing old with him.

You already created the perfect relationship in your mind.

You created a relationship in your mind that didn’t exist.

This is why you can’t move on from a guy that you met on a dating website.

This is how dangerous it can be when you allow your imagination to take over your rational thinking.

This guy may not have been having anywhere near these kind of thoughts about you.

He may have been merely enjoying his conversations with you on the dating website and not much more.

Even if he saw a possibility of getting into a relationship with you, he was most likely not projecting that far into the future.

Being that he is on a dating website, there is a good chance that he was also talking to a number of other women.

Hence, he would not have been able to focus so much mental attention on one person.

He would have had to divide his time and attention among a number of women.

Even if he may have had moments where he thought about what a life with you would be like, he would soon be distracted with another conversation that he may have been having with another woman on the dating website.

In essence, that thought was only fleeting.

You, on the other hand, made these thoughts the focal point of your day.

You thought about what a life with this guy would be like when you woke up in the morning.

You thought about it as you were driving to work. You thought about it when you were having lunch.

You thought about it while you were working out at the gym.

You thought about it before you went to sleep.

You can’t move on from a guy that you met on a dating website because you allowed your thoughts to be completely dominated with him throughout your day.

You became so attached to the amazing sense of elation that you would feel whenever you imagined a life with him. That feeling became so good that you just didn’t want it to stop. As a result, you would create more visions about what a life with this guy would be like.

You just kept feeding into that sense of elation as though you were a drug addict who just couldn’t get enough of a fix.

That is how you may have ended up where you are now.

You can’t move on from a guy that you met on a dating website because you created the perfect guy in your mind who simply didn’t exist in reality.