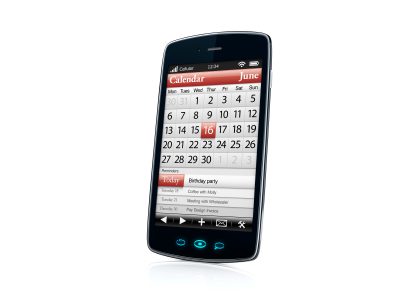 If this guy that you met on a dating website has been consistently initiating phone texts to you for a while and you have never initiated a phone text to him, he may have decided to stop texting you because he may have become discouraged.

If he has been the one who has been initiating all the texts, he may have reached the point where he was worried that you weren’t as invested in this interaction as he was.

If you like this guy, you shouldn’t give up because he hasn’t texted you in a week.

In a scenario like this, the guy may have stopped phone texting you because he wants you to start putting in more effort into initiating texts to him.

He may not like the fact that you have been simply letting him do all of the initiating ever since the both of you exchanged phone numbers on a dating website.

You really need to keep this in mind.

Think back to how the both of you have been texting each other.

If you have never initiated a phone text to him and you like this guy, you should send him a text.

Instead of giving up, you need to step it up when it comes to corresponding with this guy.

He may not be expecting you to initiate every phone text from here on out.

He may just want you to show more effort in this interaction so that he knows that you are also invested in getting to know each other.

If a guy that you met on a dating website hasn’t phone texted you in a week and he was consistently texting you before that, it may be because an ex unexpectedly came back into his life.

He may have actually never quite gotten over this ex.

Perhaps he felt that he was beginning to finally move forward with his life and forget her, then all of a sudden she contacts him or shows up out of nowhere.

If you were the last one to message him, you shouldn’t send him another text.

In a scenario like this, he may end up reconciling with his ex or he may come to realize that he truly is done with her.

In which case, you may hear from him again. However, you shouldn’t be waiting around on him.

Make sure that you continue talking to other guys on the dating website so that you aren’t putting all of your romantic hopes on this one guy.

You don’t have to give up on him if you don’t want to.

However, again, you shouldn’t be waiting around on him.

If he were to phone text you again at some point, you absolutely need to find out from him about why he didn’t text you for a week plus.

This has to be brought out in the open.

Do not fall into the trap of simply accepting an excuse about him being too busy.

That is really not acceptable.

Before deciding on whether it would be wise to try to pick up from where you left off with this guy if he were to phone text you again, you need to know why there was an absence.

If he isn’t forthright with that information, it would be best to completely give up on him at this point and move on.

If he is unwilling to be sincere about why he didn’t text you for a week plus, then he will most likely disappear on you again at some point if you were to let him back into your life.

You really don’t need this type of drama in your life.

There are way too many dating options that you can find on a dating website without having to put yourself through this.