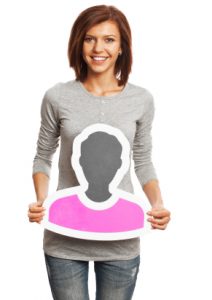 You should message this guy if you are intrigued by what you saw or read on his online dating profile.

You may be worried that if you were to message this guy, you would be coming off too aggressive or desperate.

Do understand that this isn’t really something that you should be worried about.

Online dating has helped in making the playing field a little less lopsided when it comes to finding a mate.

There are lots of girls who initiate messages to guys when online dating.

Guys don’t receive these messages and automatically think that the girl must be desperate for having sent them.

This is far from the case.

If anything, guys on an online dating site welcome messages from girls.

Although online dating has emboldened more women to initiate an approach, it is still men who do the majority of the approaching.

That gap is slowly closing but it will take some time for things to level out.

If you really like what you saw on this guy’s online dating profile, you should message him.

This is your chance.

Sometimes, girls who want to message a guy but are hesitant to do so may cop out by just viewing his online dating profile in the hopes that he will notice that she visited and send her a message.

You shouldn’t be this way.

If all you do is view his online dating profile and hope that he notices you and sends you a message as a result, you could end up losing this guy to another girl who had the courage to send him an actual message.

Girls who send messages will always have much more priority to guys who are online dating than girls who just view their online dating profiles.

A guy knows that he will have a much higher likelihood of getting a response from a girl who has already messaged him than from a girl who only viewed his online dating profile.

Guys do worry about spending the time to send messages to girls who ultimately do not respond to those messages.

They tend to experience this on an online dating site a lot more than girls do from guys.

Hence, if they find themselves in a situation where they have actually been messaged by a girl, they will be more prone to responding to her message instead of initiating a message to a girl that viewed their online dating profile.

Again, doing so dramatically increases the likelihood that the girl will respond to their message.

You should message this guy the right way.

In other words, do not send him some kind of interest signal like a heart or a wink.

This is what a good number of girls do when they are thinking about messaging a guy on an online dating site.

They are still worried about the prospect of initiating contact with the guy.

Hence, they decide to have it both ways by sending him an interest signal instead.

They figure that this wouldn’t be too aggressive and they wouldn’t appear desperate for doing so. However, this is a mistake.

Guys pay much closer attention to actual messages that they receive, not interest signals. Guys already know that an interest signal from a girl does not necessarily mean that she is going to respond to a message that they send her.

They also know that oftentimes these interest signals are not even genuine.

They have received interest signals from girls in the past who ended up having fake profiles.

Guys are often weary of constantly being solicited on an online dating site.

As a result, some of them choose to ignore interest signals. This is why it would not be wise to send an interest signal.

You should message this guy in the proper way.

This is how you increase the likelihood of getting a response from him.