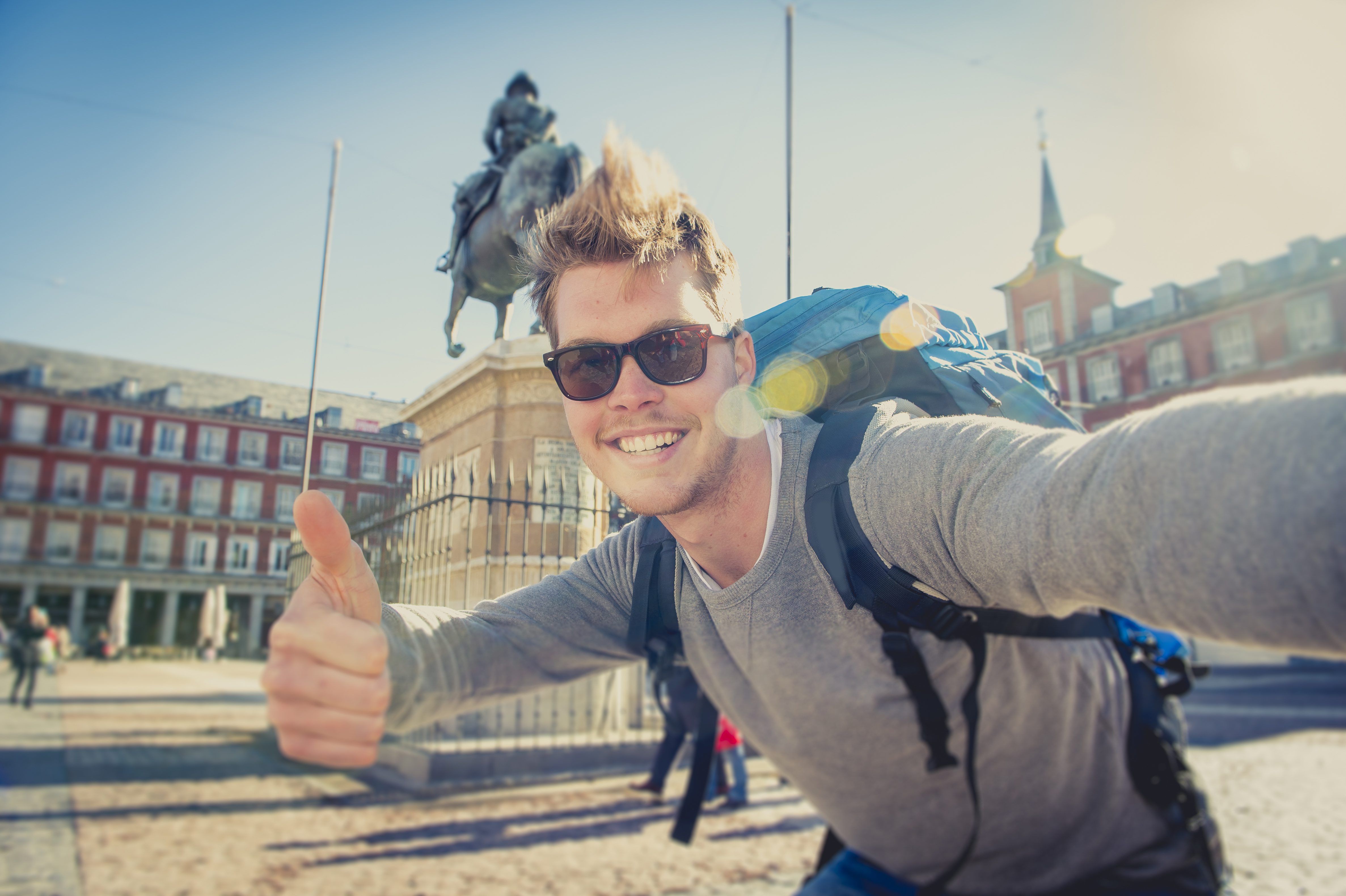 You most likely enjoyed reading his dating profile and looking through his pictures.

However, due to the sunglasses that he has on in his profile pictures, you are unable to see his eyes and get a better perspective on what he truly looks like.

Sure, there may be hints of the possibility of him being attractive behind those ubiquitous sunglasses but you aren’t entirely sure.

Indeed, asking him nicely when it comes to trying to determine what he looks like without sunglasses would be your best approach.

However, in order to have the best chance at getting him to provide a picture where he is not hiding behind sunglasses, it is often best to use humor, flattery and a shared experience.

This approach will often disarm a person’s defenses, make them feel a connection and consequently open them up to your request.

Being that you don’t yet know this guy personally, using this approach would be your best bet.

For example, you could send him a message saying something like:

“Josh, it looked like you were having a lot of fun while backpacking in Europe, your smile was beaming from ear to ear.

Seeing your awesome pictures took me back to last year when I went traveling to Europe myself.

It was such a blast.

There was just one thing that I hoped to see in your pictures…your eyes.

It would have been great to see just how excited you were as you were traveling because I know how crazy fun that experience was for me.

Speaking of what I am sure are your beautiful eyes, when do I get to see them?”

This is a way that you can go about asking nicely to see this person’s eyes without sunglasses while avoiding the pitfalls that are often associated with making requests.

In other words, you get to avoid coming off as being too demanding or bossy.

Again, you are using humor, flattery and a shared experience.

These three elements are your cover.

Not only have you put a smile on his face by being so friendly and also bringing back some pleasant memories, you have given him something that the both of you share in common.

In letting him know that you also went traveling through Europe the previous year, you have instantly given him something that he can connect to.

Without a doubt, like most people who are seeking a romantic mate, he is hoping to find someone with common interests and experiences.

In letting him know that you have also traveled and loved it, you have created an instant connection that he may want to explore.

You have created a desire within him to want to talk to you and get to know you further.

In being flattering by mentioning what you believe would be his beautiful eyes, you put a smile on his face and made him feel complimented.

Now, he is intrigued.

He wants to learn more about you.

You have instigated that curiosity in him.

In order to get someone to acquiesce to a request when you are online dating, it works a lot better if you are able to instill a strong enough level of excitement and curiosity about you that he would want to engage in conversation with you.

By using the strategy of humor, flattery and shared experience, you will give yourself the best chance at getting him to want to know more about you.

It is often this curiosity and excitement that gets him to acquiesce to your request to see him without sunglasses.

After all, getting you to see his eyes would be a small price to pay in order to get to know you, a kindred spirit, better.