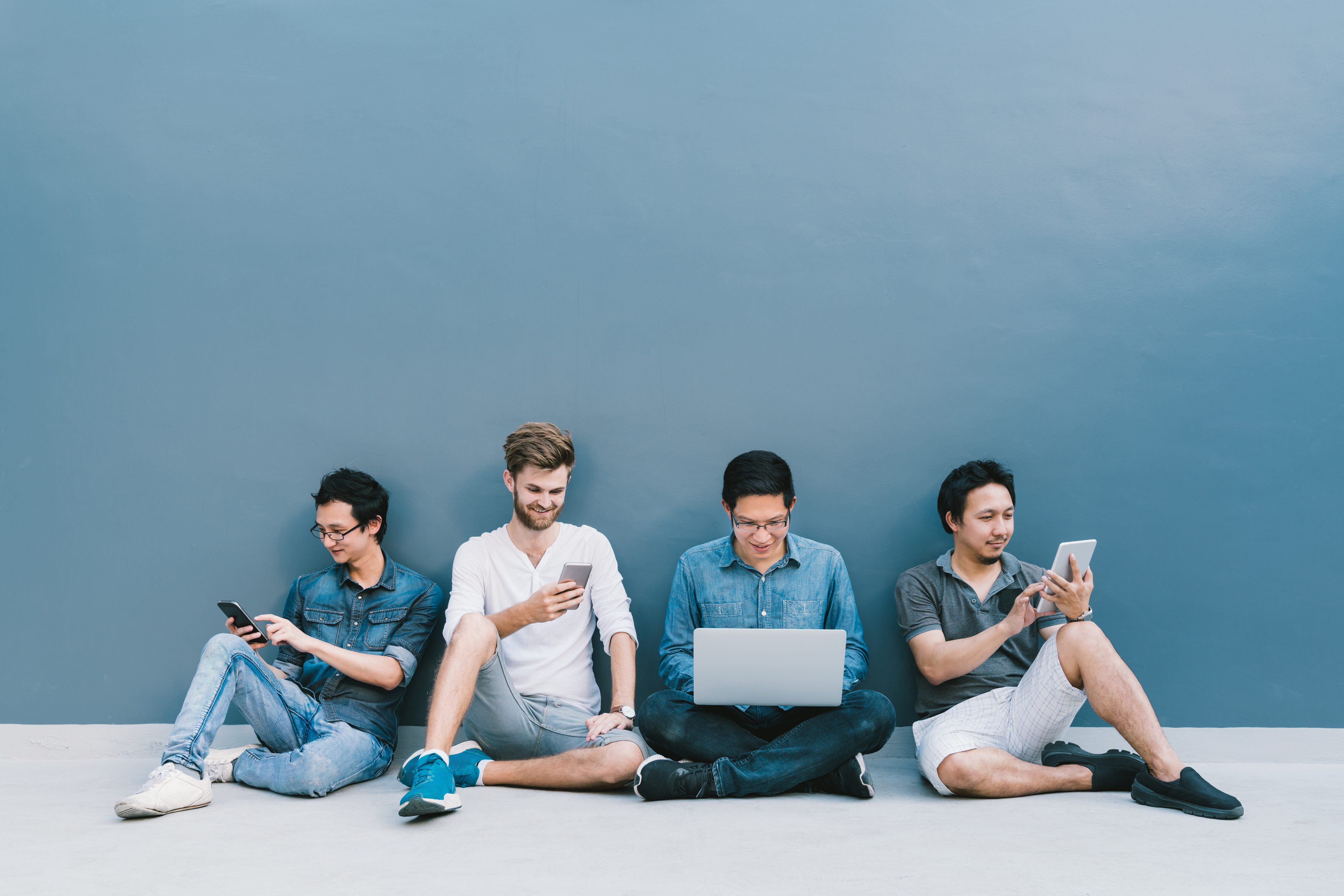 Guys are often the ones who approach girls in real life.

Thereby, girls typically have more dating options in guys than guys have in girls.

Hence, many more guys go on online dating sites and apps than girls because they are looking for more opportunities to find girlfriends, one night stands or even friends with benefits.

Online dating sites and apps gives a lot more guys the ability to find these girlfriends or get these hook ups because they are now able to search for a lot more girls through cyberspace.

In other words, online dating sites and apps have given many guys the ability to reach more girls than they normally would have in real life.

Many guys in the real world would often have to compete with other guys to get a limited number of girls that are in their social circle.

Typically, there are only going to be a few guys who will be able to get the majority of these girls in the real world.

That leaves a lot more guys without girlfriends or hook ups.

Many of these guys are the ones who turn to online dating sites and apps.

They suddenly have the opportunity to reach a lot more girls without having to worry as much about a limited pool or competition from other guys.

In other words, they are able to get on online dating sites and apps and send messages to a lot more women than they would have met or interacted with in the real world.

Doing this gives them a better chance of meeting a girl or getting a girlfriend.

A lot of these guys may have already approached girls in real life and gotten rejected.

However, when they go on online dating sites and apps, they don’t typically have to deal with this kind of face to face rejection that happens in the real world.

As a result, it is a lot easier for them to get rejected online than it is for them to deal with rejection in the real world while talking to a girl live.

There is something quite impersonal about communicating with a stranger online that greatly reduces the effect of rejection on guys.

Hence, it is more palatable to these guys to go on online dating sites and apps to look for girls and risk rejection.

It just doesn’t have the same kind of sting or humiliation that it would have if these guys were to get rejected by the girl in real life.

Another reason why so many more guys go on online dating sites and apps than girls is because some of them have a very difficult time approaching girls in the real world.

They may just be incredibly shy and simply can’t do it.

They may have had opportunities to do so in the real world but noticed that their friends got rejected and as a result they stay away from approaching girls entirely.

These guys have a protective guard up.

They want to guard their egos as much as possible from rejection or awkwardness.

However, with online dating sites and apps, things are different.

These guys can start up conversations with girls in a way that keeps their egos protected.

They don’t have to worry about dealing with her face to face.

They don’t even have to ask her out right away, or ever.

They can simply communicate with her until they get to a point where they hope that she will do the asking out.