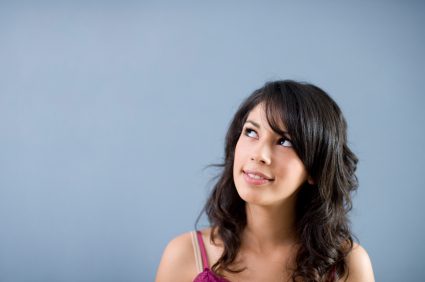 Lots of guys lie about their height on their dating profiles.

This is just something that happens in online dating.

It is easier for a guy to lie about his height when he fills out his dating profile because there is no way to verify whether that is true or not.

In real life, a guy can’t lie about his height because you are looking at him physically.

You can see his height visually because he is in your presence.

However, when it comes to filling out a dating profile, it is so much easier for a guy to lie about his height.

If you don’t know this guy personally, you really wouldn’t know what his true height is.

All you would really have to go with is what he writes or inputs on his dating profile.

Guys will often take advantage of this.

They lie about their height because they believe that it will give them a better chance of getting matched with girls that they would like to date.

These may be guys who feel that their height has been an impediment to their dating life in the real world.

In other words, they may feel that girls have not paid them much attention in the real world of dating because of their height.

They may have repeatedly seen their taller guy friends getting girlfriends with no problems whatsoever.

In fact, these taller guy friends may seem to get these girlfriends without much effort.

He may have had a much harder time trying to get girls to go out with him.

He may have found himself constantly having to work much harder to get the attention of a girl.

He may have found it difficult to get girls to just give him a chance when it comes to getting to know him.

He may have attributed all of this hardship to the fact that he isn’t taller.

Now that he is on a dating site, he wants to take full advantage of the fact that the girls who may visit his dating profile don’t know what his height it.

They don’t know him in real life.

Hence, he feels that by lying about his height on his dating profile, he will at least be able to give himself a chance at opening up conversation with these girls.

By lying about his height, he is hoping to prevent these girls from choosing to skip him.

Instead, he is hoping that in lying about his height and consequently opening up a conversation with a girl, he may be able to win her over with his personality.

He wants to have that opportunity.

Even though he knows that at some point, if conversation goes really well with a girl on a dating site, she will want to meet him in life, he remains hopeful.

He makes himself believe that by this point, she would like him as a person so much that she will be willing to ignore the fact that he lied about his height on his dating profile.