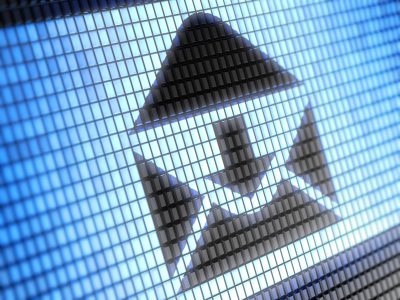 Figure out a time frame that you would like to hear from him.

Perhaps you decide that you would rather hear from this guy that you met on a dating website in the evenings.

Simply let him know that you are quite busy during the day.

Proceed then to let him know that it would be best that he texts you between say 6 to 8 in the evening because that is when you will be better able to respond to him.

Telling him in this way, enables you to both be polite in trying to get this guy to stop texting you all the time throughout the day, but it also keeps the communication contained within a certain time frame.

This way, if he complies, which he most likely will, you know when to expect his texts.

This removes a lot of pressure from you in feeling compelled to respond to the numerous texts that he may have been sending you throughout the day.

This also allows this guy that you met on a dating website to be more substantive with the text messages that he sends you.

He knows that he only has a block of time where you would be able to have the opportunity to send him a response and thereby, he would want to make that block of time as rewarding as possible.

This helps you tremendously in terms of the quality of the text messages that he will send you.

Instead of receiving frivolous time-wasting text messages all the time such as, “Hey,” “What’s up?,” “Hello there,” you should receive much more substantive messages.

Instead of those empty time-wasting text messages, he may send a text like, “Hey, what do you often do to unwind when you get home in the evening?”

Now, this is the kind of text that is going somewhere.

This is how the both of you can really begin a truly substantive exchange.

Using this method to basically tell this guy that you don’t want to text all the time not only dramatically reduces the number of texts that you get from him, thanks to this limited time frame, but it also dramatically improves the quality of the text messages.

This benefits the both of you.

Another way that you can go about telling this guy that you met on a dating website that you don’t want to text all the time is to avoid the temptation to always respond to each of his texts or the majority of them.

If you want to get the point across that you would rather he didn’t text you all the time, you should really not do this.

If you want to drastically reduce the number of texts that you receive from this guy, only respond to a text a day from him.

This means that, even if he was to send you ten texts in a day, you will only respond to one of those texts.

The majority of those texts will be time-wasting fluff.

Always pick out the text message that has the most substance and respond to that one.

Do this consistently and he will soon start to get the picture that you are not just going to respond to any kind of text that he sends you.

You will only respond to substance.

This makes him plan out his texts a lot more before he sends them to you.

He will actually think it through instead of just sending you some thoughtless time-wasting text message.

This will dramatically reduce the number of wasteful texts that you receive from him.