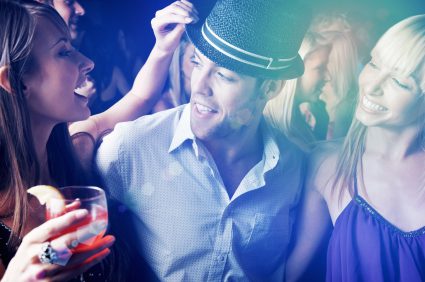 This guy that you met through online dating may be ignoring you now because he never truly meant it when he said that he really liked you.

He may have only told you that because he was hoping to get you hooked on him.

At the time that he told you that he really liked you, he may have been in the process of trying to find other girls on the online dating site that would interest him more.

He may have since found a girl or more that he is much more interested in than you.

As a result, he now ignores you.

Again, he may have just said that he really liked you so that you would keep him as a romantic possibility.

In essence, he may not have wanted you to forget him too easily if you were to get caught up in all the other messages that you are getting from guys.

By saying that he really liked you, he was hoping that you would keep him in your thoughts as someone that you could possibly date or hook up with in the future.

However, you were most likely not his first choice in terms of someone that he would want to pursue a romance with.

He may have since found another girl that he is much more interested in than you.

He may be focusing his attention on her and is now ignoring you as a result.

This could be difficult for you to process.

After all, he may have talked to you for while on the online dating site and made you feel truly special.

He may have told you that you are beautiful and the only girl that he has come to really like on the online dating site.

In essence, he sweet-talked you and unfortunately, you fell for it.

This is not uncommon.

A guy on an online dating site can tell a number of girls that he really likes them when in fact there is really only one or two of them that he is truly romantically interested in.

He may talk to all these girls for a while until things start really heating up with the girl that he actually likes the most.

Once this happens, he can easily start ignoring all the other girls that he was talking to.

Even though this guy is now ignoring you, there is still a legitimate chance that he will reestablish contact with you at some point.

This tends to happen when things don’t work out with the girl that he was really after.

She may have ditched him for some other guy.

You should make sure that you don’t make yourself believe that he has come back because he really likes you and regrets abandoning you.

He would only come back because he has most likely been ditched and is yet to find another girl to replace the last girl.

In the meantime, he will use you to fulfill whatever emotional or physical need that he may have.

This is why you should be very weary if a guy like this were to reestablish contact with you.

If you make the mistake of responding to him, he would just sweet-talk you again into believing that he really likes you when he really doesn’t.

Just understand that there are players like this on online dating sites.

One of the best ways to figure out that you are dealing with a guy like this is when you notice that his online dating profile doesn’t really list many daytime interests.

Most of his interests will often have to do with nightlife. Guys like this are often looking for the prettiest girl that they can show off at the club.