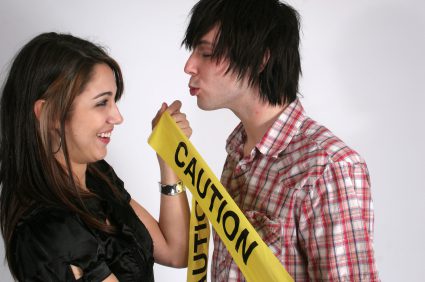 They may worry that a guy would move too quickly or start an online interaction with the wrong idea.

Girls who say that they want to be friends first on their online dating profile are often trying to send the message that they are not looking to hook up or jump right into a relationship with a guy.

They want to set the right kind of expectations so that any guy that comes across their online dating profile and decides to send them a message will understand that they are going to have to take the time to get to know them as a person.

Saying that they want to be friends first often alleviates the pressure of a guy’s expectations from these girls.

It also puts them in a position where they hope to reduce the number of messages that they receive from men who are simply looking to hook up or get into a relationship fast.

Girls tend to receive a lot of messages on an online dating site.

A lot more messages than guys do.

They may have already been on the receiving end of numerous messages from guys who are only looking to hook up.

If this is not what they joined the online dating website for, it can become very frustrating to continue reading messages from guys like this.

When these girls initially joined the online dating site, they may have even gotten into some conversations with guys who initially seemed interested in taking the time to get to know them as an individual.

However, it may not have taken long before the guys would insinuate or indicate that they want to hook up.

This may have been heartbreaking to some of these girls.

They may have really liked some of these guys and believed that there was romantic potential as long as both parties took the time to get to know each other.

It can be really frustrating to them to put in the effort and time in chatting with a guy on an online dating site only to discover that the guy was never truly serious about getting to know them from the start.

All he really wanted was to hook up.

After repeated experiences like this on a dating site, these girls decide to make adjustments to their online dating profile.

They make sure that they say that they want to be friends first.

In making this adjustment, they are hoping to save themselves a lot of wasted time.

They hope that the majority of messages that they receive from guys from this point on will be from those who are truly interested in getting to know them and not looking for a hook up.

When girls say that they want to be friends first on their online dating profile, they are really trying to filter out as many of the guys that they wouldn’t want to receive messages from as possible.

This is often a warning to guys that trying any kind of trickery with them simply will not work because they are experienced enough to tell whether a guy is serious about getting to know them or not.