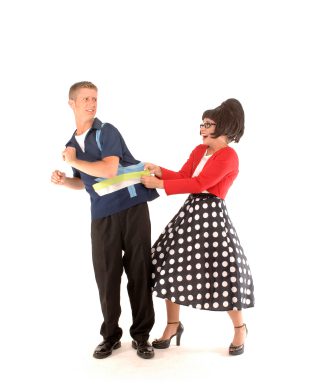 He may have blocked you because you have been a bit too overzealous for him.

Perhaps he wants to take his time to get to know people on the online dating site.

His interaction with you may have been fun at first.

However, it may have reached a point where you appeared to be too eager.

Perhaps you were too quick to give him compliments or talk about what a future with him would be like.

Perhaps you asked too many questions of him that made him feel as though you were too eager to get to know him.

This guy may have blocked you because he may have felt that you were moving at too fast a pace for him on the online dating site.

You may not have felt like you were moving too fast with him.

Perhaps you were going at the same kind of pace that you have always had whenever you interact with people on an online dating site.

However, he may not have been comfortable with this pace.

Sometimes, it can be difficult to determine whether you are moving too fast in an interaction that you are having with a guy that you have met on an online dating site.

One of the best ways to keep yourself from becoming overzealous is to allow him to do most of the initiating and ask most of the questions in the beginning.

If you give him that chance instead of being the one who is constantly initiating and keeping a conversation going, you put him a position where he feels better about the balance of the interaction.

There are some guys who just freak out if they think that a girl is trying too hard.

This can often lead them to block a girl on an online dating site because they think that the girl is just too desperate.

To avoid putting yourself in this predicament, allow the guy to do the majority of the work when it comes to initiating conversation and asking questions in the beginning.

As time goes on, you can put in more effort in these areas.

However, when you have just started getting to know a guy like this on an online dating site, it is best to let him move the interaction.

This way, you give him a reason to chase you.

Oftentimes, girls who are using online dating sites forget that guys still like to do the chasing.

An online dating site doesn’t change that basic instinct in most guys.

If you let him do the chasing at the beginning, you give him purpose.

You become that prize that he has to win over.

If this is the first guy that has blocked you on an online dating site, try not to take it personally.

There is even a chance that this guy will eventually unblock you.

Sometimes, a guy may think that he is done with girl.

However, after some time, as long as you stay away, it isn’t unusual for the guy to unblock the girl.

If he does unblock and you are still interested in this guy, make sure that you allow him to chase. Don’t make it easy for him to tell that you really want him.

Make him work for it.

This is often how a guy really starts liking a girl.