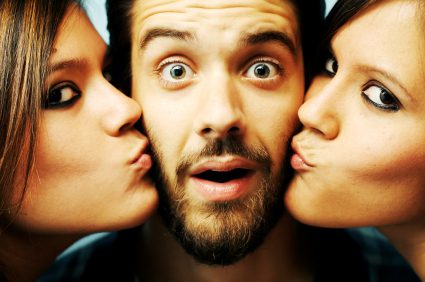 Guys do lie about saying that they only like one girl.

If you have met a guy on a dating website who has told you that you are the only girl that he likes, you should be very cautious.

Some guys who know that saying this tends to make a girl more emotionally invested in them, will use this to their advantage.

They want the girl to feel as though she is the only one that they truly want to get to know and possibly become romantic with.

You can easily get played if you allow yourself to fall for this.

You should never simply take what a guy on a dating website tells you as fact.

You should actually observe his actions.

He has to back up what he tells you through his actions in order for you to better determine whether he is telling you the truth.

Indeed, the guys who lie about saying that they only like one girl may be saying that to a whole lot of other girls.

They are trying to get an upper hand on all the other guys that they are in competition with on the dating website.

They know that a lot of these girls are getting messages from guys on the dating website.

In order to make themselves stick out from the rest, they try to make the girl feel special by saying that she is the only girl that they like on the dating website.

However, you shouldn’t take their word for it.

Watch what the guy is doing.

If you have noticed that he is constantly active on the dating website throughout the day, there is a good chance that he is talking to a number of other girls and probably telling them the same thing that he has told you.

If you notice that he tends to be on the dating website even into the wee hours of the night or morning, then he is spending a lot of time talking to other girls.

A guy who says that you are the only girl that he likes on a dating website, wouldn’t be spending such odd hours on it.

Also, you should take note of the conversations that you have with him.

When you are getting played, you will notice that the guy is unable to recall previous conversations that the both of you had.

You may be talking to him about something that you mentioned in a previous conversation and he may have no recollection of it.

If you notice this happen a few times, you are most likely dealing with a guy who is finding it difficult to keep up with all the conversations that he is simultaneously having with multiple girls on the dating website.

This is why it would be difficult for him to recall what you are saying.

His mind can only retain so much information.

There may even be moments where he confuses certain facts that the both of you have talked about with that of someone else’s.

For example, during a conversation, he could ask you a question such as, “Did you end up going to the spa?”

At this point, you are baffled.

You never told him that you were going to the spa.

Right here is where you know that he has mistaken some information that he must have received from a totally different conversation that he was having with someone else and erroneously connected that to you.

If you notice a consistency in this kind of behavior, he is most likely talking to a lot of other girls and is unable to keep up with all of these conversations without making these kind of mistakes.