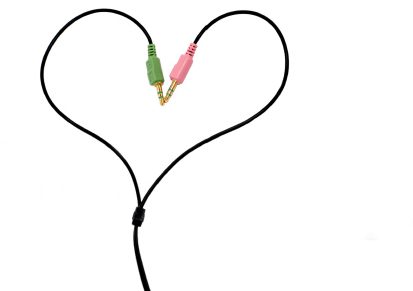 If you have had trouble getting guys to ask you out in the real world, there is a chance that you will have the same problem on dating sites, if your issue is really apparent.

This is why you really need to think about your experiences with guys in the real world and ask yourself about what recurring themes there may be.

In other words, can you think of a repeated critique that guys that you were hoping would ask you out in the real world have given you about yourself?

It is really essential that you take the time to think about this.

This could be where the clue lies.

Knowing about this could make the difference with your experience on dating sites.

If there is a critique about yourself that you have constantly heard from guys that you were hoping to ask you out in the real world, there is a good chance that you have taken that behavior with you into the online dating world.

If you think about this and discover that there is a critique that you have continuously heard from guys that you were hoping to ask you out in the real world, you may have to correct that behavior in order to get guys to ask you out on dating sites.

For example, guys in the real world may have repeatedly told you that you are too closed off.

In other words, they may have believed that you weren’t expressive enough with your feelings and that you tend to keep things to yourself.

You may have continued this kind of behavior when you started using dating sites.

By maintaining this kind of behavior on dating sites, guys that you talk to may eventually get to the point where they decide that they will not ask you out because they feel as though you are just not being open enough about yourself.

This kind of feeling often makes guys feel as though you are not being authentic with them and this tends to really scare off guys.

Lots of guys worry about developing feelings for a girl that they believe is inauthentic.

This scares them because they know that they would be making themselves vulnerable to someone that they don’t trust.

This may be why guys never ask you out on dating sites.

Just like in the real world, guys really worry about opening themselves up to a girl who isn’t doing the same.

They feel really vulnerable about this because they worry that the girl could use their openness against them.

Hence, they never ask the girl out so as not to allow themselves to get to the point of no return with the girl where they have simply opened themselves up too much.

Guys never ask you out, even on dating sites because you may also not be responding to them when they try to flirt with you or tease you.

Some of these guys may have already tried to flirt with you and tease you in past conversations but you may not be responding.

If you do respond, it may be brief in nature.

Hence, they feel as though they would be forcing it if they were to continue trying to flirt with you or tease you.

They really don’t want to put themselves in this position.

This feeling is often what makes a lot of guys on dating sites begin to back away from a girl until they disappear completely.