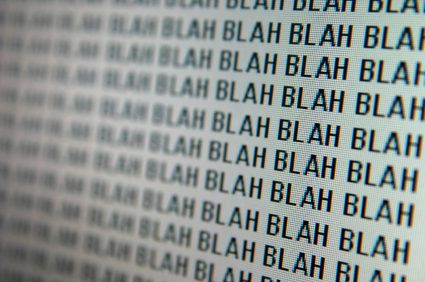 This may be a guy who isn’t really interested in meeting for a date.

Even though you met him on an online dating site, this doesn’t necessarily mean that he is looking to meet anyone on an actual date.

There are some guys who use an online dating site to simply kill time or get attention.

If you have been consistently interacting with him for a month, he should already have a good idea about whether you are someone that he would actually like to meet on a date.

If he is still not there yet, there is a good chance that he doesn’t intend to meet you at all.

It’s important that you don’t spend too much time chatting with a guy that you meet on an online dating site without having an end in mind.

If you were to simply go at his pace, you could end up giving the guy the kind of attention that he may be craving for months and still ultimately end up never meeting him on a date.

If you like this guy, it is important that you take the next step in this interaction so as to protect your time.

Don’t be afraid to ask him to meet up with you.

It has been a month since you met this guy on an online dating site.

You have earned this.

If he doesn’t give you a concrete affirmative response that has a date set, there is a good chance that he has no intention to meet you.

With this response, it would be best to stop interacting with him.

Again, you shouldn’t put yourself in a position where you are spending a good amount of your time and effort on someone who has no intention of meeting you.

You would be wasting your time.

Another reason why a guy that you met on an online dating site a month ago has yet to ask you out on a date could be because he is actually in a relationship with someone.

There may be something missing in his relationship that has made him turn to an online dating site.

He may like that he is able to get himself distracted when he is interacting with girls that he meets on an online dating site or that he is able to make himself feel better about the prospect of there being other romantic prospects out there.

However, he may not be emotionally available to any new romantic prospects.

He may still be totally in love with the person that he is in a relationship with.

There may be a part of him that hopes that the relationship will improve.

However, being that there is no guarantee of that happening, he uses an online dating site to help him cope.

There are people who aren’t single that use online dating sites.

This guy may be one of them.

You should make sure that you don’t continue communicating with someone who isn’t single.

If it has been a month of consistent communication with this guy and you are yet to meet him on a date, ask him why that is.

If he tells you that he is currently in a complicated relationship that he is trying to get out of, it would be best to let this guy go and move on.