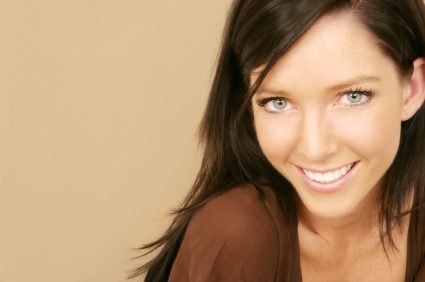 You should be really careful and gun-shy about becoming friends with a girl that you are fully aware that you are romantically interested in.

This girl that you met on a dating website may have told you that she wants to be friends for now, but this doesn’t mean that she will ever want to be anything more than friends.

Indeed, you could end up getting played if you agree to this.

If this girl that you met on a dating website wants to be friends for now, it means that she is most likely not feeling a romantic spark with you.

Perhaps she really likes talking to you and knows that if she were to be honest about telling you that she has no romantic interest in you, you would choose to stop communicating with her.

As a result, she may have told you that she wants to be friends for now in the hopes that you keep talking to her.

There are some people who have no issue with making friends on a dating website.

They may not have a lot of people to talk to in their real lives.

Hence, they love the company of being able to talk to people on a dating website and become online friends with them.

If your reason for being on a dating website has nothing to do with making friends, you would be better off not continuing your correspondence with this girl.

You could easily get played if you do.

If you were to become her friend and continue talking to her, you could become more and more emotionally invested in her as time goes on.

There may even be moments in your conversations with her where you feel a sense of hope that romance will ultimately ensue from this friendship.

She may give you compliments from time to time or even tease you.

All of this may make you start feeling as though there is a chance for romance. However, that is most likely not the case at all.

She may be merely doing all that so as to keep you around as her friend.

She has put you in the friend category while she continues to pursue romance elsewhere.

You may eventually get to the point in your correspondence with her where she tells you that she has found romance with some other guy, but hopes that the both of you can stay friends.

You would feel like you really got played at this point.

You would have spent all that time and effort in being her friend only to have her tell you that she is now dating someone else.

This news would really crush you emotionally, being that you have become so emotionally invested in her during this period of correspondence.

This is why you should never put yourself in this position.

Allowing her to dictate whether you are someone that she may want to become romantically involved with in the future puts her in a position of too much power.

Oftentimes, when you allow yourself to become a girl’s friend in this manner, the friendship may get to the point where she truly worries about pursuing any kind of romance with you because she really doesn’t want to risk losing the friendship.

In essence, the friendship becomes more important to her than taking a chance of getting into a romance with you.

Meanwhile, you spent all this time being her friend, erroneously thinking that you were building trust and rapport that would ultimately lead to her wanting to pursue a romantic relationship with you.

Unfortunately, all you ended up doing was becoming a trusted friend to her and nothing more.

If you are not on the dating website for friendship, it would be best to avoid getting into one with a girl that you already like romantically.